WILD ROMANCE SERIES
The Springfield Small Town Romances
Book One
Wild Country - Free if you sign up to subscribe to my newsletter! 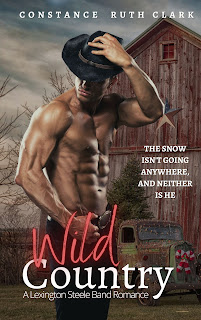 The Snow isn't going anywhere and neither is he.

Kristina is content hiding from the world after her mother's death a year ago, but when Peter crashes his sports car into her fence during a snowstorm, her world is knocked off its axis. She doesn't trust men, and when he claims to be the lead singer of a famous country band she's sure he's delusional.

Peter is well known for his commitment phobias as a Country Rock Star, but one look at the feisty brunette who tried to kill him with a shovel and he falls head over heels in love. She has no idea who he is and doesn't care, which only makes him want her more.

...as long as he leaves when its over.

Part one of Peter and Kristina's story. 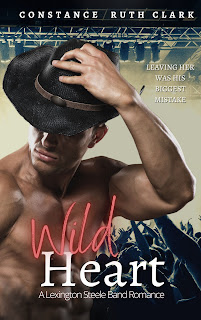 He Can't Stop thinking about the one who got away . . .

Except that the stage seems empty. Thousands of screaming fans mean nothing if she's not waiting in the wings. Peter knows he messed up when he let her push him away and isn't going to let it happen again. But his plan to show her how he feels blows up in smoke when he returns to Springfield and finds she's disappeared. Can he find her before her Stepfather does?

Kristina is never going to escape unless she does something drastic.

Telling Peter to leave was the hardest thing she'd ever done, but Kristina can't afford to be in a relationship right now. She's too busy fighting for the only life she's ever known. Sure, she likes him, but Peter lives in the stars and she's down here on solid ground. Then the world explodes around her and nothing makes sense anymore, except her feelings for the man she knows she can't have.

Follow Peter and Kristina as they continue on their unique journey toward happily ever after. This story is full of twists and unexpected turns as these two people navigate their romance. Book two of a three book couple series.

eBook Only - Now on Kindle Unlimited. 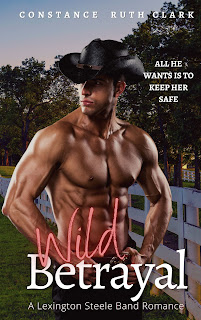 The truth will rip her life apart.......and set her free, but will she lose what matters most in the crossfire?

Kristina is trying to pick up the pieces of her life after finding out her mother was murdered. But now, scary and odd accidents are happening to her too. How can she and Peter build a life together when she has to stay and protect her family's legacy while he is touring with his band?

All he wants to do is keep her safe....but can he?

Peter has his own suspicions about who killed Kristina's mother, but since he can't prove anything, he won't tell her. Life on the road no longer holds the same appeal, especially since it forces him to leave his heart behind, but he has commitments he must honor. Can he trust that she'll be safe with her cousin Cassidy until he can come back and claim her?

The exciting conclusion of Peter and Kristina's story will have you on the edge of your seat, fingers crossed, hoping they will get their happily ever after.

eBook Only - available in Kindle Unlimited 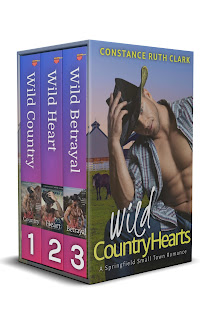 Horses never let her down.
Kristina is content hiding from the world after her mother's death. Men have done nothing good for her and she's happy with her horses. When Peter crashes into her fence during a blizzard claiming to be the lead singer of a famous Country band, she's sure he's delusional, but he's willing to help with the never ending farm chores.He's nothing but a playboy.Peter thought he had it made living the single life on the road with his country music band, Lexington Steele. Then a blizzard lands him in the lap of a feisty brunette who doesn't know who he is and doesn't care. Her indifference only makes him crave her more.After learning she's in danger, from a killer he drops everything to protect her. Nothing is more important to him, not even his career.Be part of this suspenseful and steamy romance as Peter and Kristina navigate unexpected dangers and learn to trust in love.This is the full box set of books 1-3 of Wild Romance Series and contains bonus scenes.

Available in eBook & Paperback wherever books are sold. 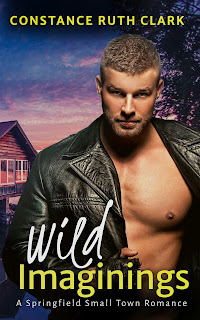 Mark's had a crush on her since high school, but Holly wants nothing more than to forget about men after divorcing a cheating scumbag.

My Best Friend Fantasizes About Me . . . at least that's what he just texted me. Oh god, how can I admit to him that I've done the same thing?Mark is my best friend and secret keeper since my divorce, and when our text messages turn steamy, I can't resist. I've always been super conservative, but now I can barely keep my panties from igniting. When he suggests we take our sexting to the real world, I'm excited. Can I handle the friends with benefits rules and keep my heart from getting broken again?

Does this mean I'm going to hell? Only Heaven Knows!

Available in Paperback and eBook - Now in Kindle Unlimited! 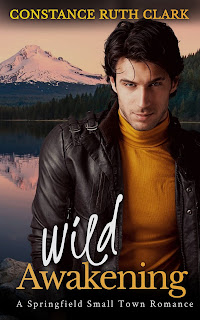 He's not looking for a fling.
Frank is determined not to be like his cheating father and keeps a tight rein on his desires. But when he runs into his high school crush after fifteen years the spark he thought long dead bursts into flame.She's happy living the single life.
Becky hasn't been interested in a man since her husband's death three years ago. Then Frank comes back to Springfield, and he's not her brother's shy, awkward, geeky, friend anymore. He's grown into an irresistible man who claims he's never been kissed.Showing him the ropes proves irresistible...but can she risk her heart?A standalone book in the Wild Romance, Springfield Small Town series.
Available in Paperback and eBook - wherever books are sold.
COMING SOON!

Cassidy is targeted by Mobsters at Cartwright Stables because they think she is her cousin, Kristina, and are after the money that Uncle Al owed them. Terrified for her life, she turns to Bobby for protection. But can she protect her heart from being broken by him again?

Best friends Amita and Chris know better than to fall for each other. They're from different worlds and aren't even supposed to be friends. If their families knew how they felt, heads would roll, but it's hard to fight against their feelings. Will they be strong enough to fight for love?

Ben has never found a woman who really interested him until he meets the fragile single mother, Carrie Pierce. She won't say who she's running from, but it's easy to guess that it must be the father of her young daughter. Now Ben has to find a way to protect both of them from the man who already tried to break her once.