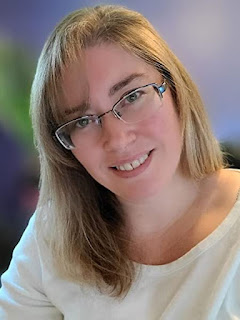 Since I was 9 years old I've identified as an author. The first story I remember writing was a saucy little tale about a duck who hatched, took one look at the world and promptly tried to get back into his shell because it was safer there. Sometimes I think I identify with that little duck all too well. If only it was as easy to hide away and leave the world behind. I spent hours writing and re-writing stories about anything that interested me.

At 15 I went away to boarding school with strict rules about proper books for young ladies and my beloved romance novels were banned. Not to fear, I wrote my own love stories and shared them with the other girls in the dorm. This was before computers were the norm and I had dozens of notebooks full of handwritten stories. It wasn't unusual to hear a knock on my door just before lights out and to find one of the other girls asking for one of my "books".

It wasn't until I was in my early 30's when I finally was able to call myself a published author. On the cusp of divorce, I had just given birth to my second child.  Plans for the remaining books in the romance series I was writing were put on the back burner. I had only managed to complete the second book before my marriage completely dissolved. As a romance author, I couldn't help feeling ashamed that while I could write about happily ever after, apparently I couldn't live it.

After the divorce I had to go out and get a "real" job. One that actually paid the bills. My writing took a back seat to other, more important responsibilities, like making sure my kids were fed and the rent was paid. I stopped updating my author blog and Facebook. As much as I loved my book babies, my human babies took priority.
My writing had been about romance, but being a single mom in the harsh dating world jaded me to romance. It was hard to read or write about something when it seemed like a lie. Like Santa Claus or the Easter Bunny, real-life soulmates and romance didn't really exist.

Which Brings Us to the Present Day

About a year ago life really took a huge turn for me in a new direction. A few months after that I met my soulmate, and we moved in together not long after that. A year later we got married.  I don't know how interesting my life might be to others, but I thought my experiences along the journey from single mom struggle to finding true love might be a way to reinvent my writing and let readers know that true love does exist. I know it does because it happened to me!