Last Day of the Royal Engagement! 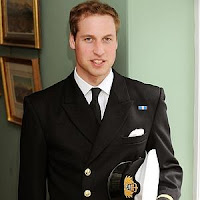 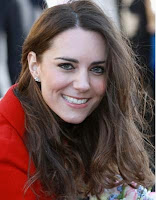 So call me a foolish romantic but somehow I have been drawn into the royal wedding between Prince William and Kate Middleton in spite of myself. It isn't every day that a Prince marries a commoner. As a romance author I feel compelled to sit up and take note. How many books have I read depicting this very thing but only in fiction. Now, here is the story happening in real life and it almost makes all those fairy tales we've all read seem real. Handsome Prince meets beautiful maiden and falls in love, despite her humble background and makes her his princess. Their story captures the imagination of every schoolgirl who still believes she'll find her own Prince Charming and of every woman who grew up thinking it wasn't possible. Such things only happened in children stories, not in real life. The reason two billion people will be watching this wedding is because they have proven such things can be real after all and we all want to believe again. 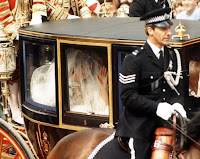 I remember watching the wedding of Prince Williams parents, Lady Diana Spencer and Prince Charles when I was a child. I thought the way she arrived at the church in the glass coach magical. I watched her exit with her frothy wedding dress that never seemed to end and thought how lucky she was to have caught the eye of the Prince. I was 6, but I was old enough to know the wedding was the most romantic thing I'd ever see. As the years went by I watched with the rest of the world as the fairy tale crumbled and the Prince tarnished his crown. So the fairy tale Princess didn't get her happy ending but it looks like her son just might.

I'd like to wish the happy couple all the best. As so many have said, their marriage has a great chance of being a long and happy one. They've already got a great foundation built by having known each other and been a couple for so many years. They look comfortable together, not stiff and awkward. And I think it's the sweetest thing in the world that the Prince gave Kate his mother's engagement ring.  As a romance author I don't think I could have come up with a better story in fiction as the Royal Romance that happened over the past decade in real life.